Thomas M. Breen has continually been listed as one of the top criminal defense attorneys in Illinois. He has won countless high-profile acquittals, and his cases have appeared in movies, television shows, books, and the international, national, and local news. 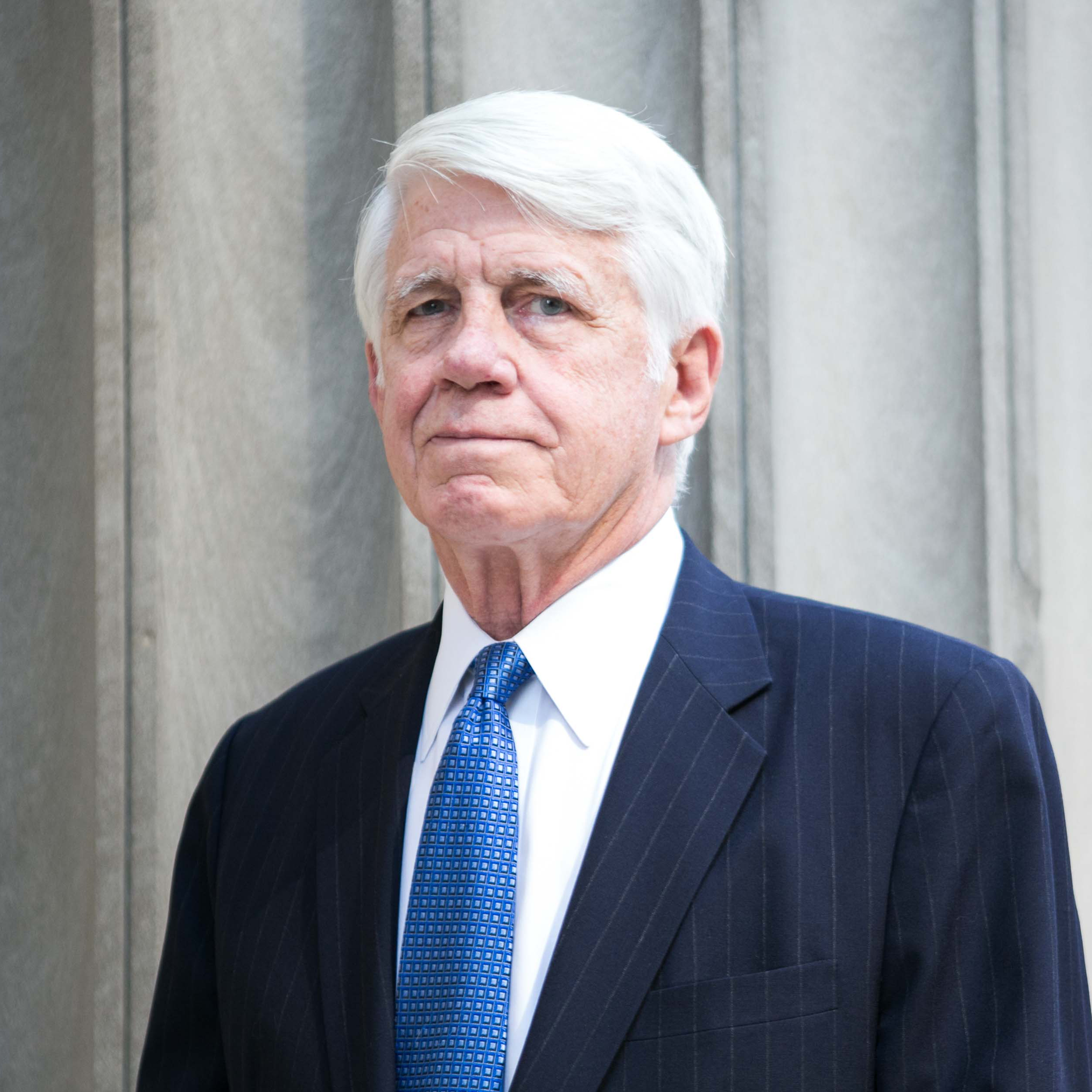 Breen was born and raised in the Chicagoland area. He attended Loyola Academy High School in Wilmette and graduated from the University of Notre Dame, where he was a “Bengal Bouts” Boxing Champion three years in a row. Breen has often said that his boxing experiences helped him to learn how to “duck and weave” and how to throw a punch. This technique has served him well in trial courtrooms across the country over the last four decades.

After returning from the Army, Breen joined the Cook County State’s Attorney’s Office, where he spent the first seven years of his legal career. After less than a year with the office, Breen’s supervisors challenged him with a new assignment and promoted him to the Felony Trial Division at 26th Street, the busiest felony courthouse in the country. He was the youngest Assistant State’s Attorney in the Felony Trial Division.

For the next six years, Breen prosecuted major felony cases on a daily basis. He prosecuted no less than 95 juries to verdict with an outstanding record of success. Most of these cases were homicides. Even though Breen began his career as a prosecutor, he admired many in the criminal defense bar and knew how important and challenging their jobs were. During Breen’s time as a prosecutor, he opposed some of the best attorneys in the profession. Breen learned from watching his adversaries. He also learned that, no matter how many trials an attorney participates in, every trial is unique and there is always something to learn from each case.
Breen was eventually promoted to be a supervisor in the State’s Attorney’s Office, in charge of 18 felony trial courtrooms and more than 40 Assistant State’s Attorneys. He enjoyed this new position, but missed the excitement of being in the courtroom. He missed the trial work, the juries, the adrenaline, and the competition.

In 1978, Breen decided to leave the State’s Attorney’s Office and go into private practice. One of the first assignments that Breen accepted after leaving the State’s Attorney’s Office was to serve as Special Prosecutor in Livingston County to prosecute 10 Pontiac prison inmates who were eventually tried in Cook County for murder in connection with a prison riot at Pontiac in the Summer of 1978. In the Pontiac case, Breen opposed some of the best criminal defense attorneys in the nation, including Paul Brayman, the father of Breen & Pugh associate Jonathan Brayman.

As a full-time defense attorney, Tom Breen joined William Martin and Bob Merrick, founding the law firm of Martin Breen & Merrick. Breen was thrilled when these two veteran attorneys asked him to be their partner. Martin had been an Assistant State’s Attorney in Cook County years before Breen joined the office. Martin had become a premiere defense attorney since leaving for private practice.

In 1987, Breen took on the pro bono representation of Gary Dotson, an ill-fated high school dropout from a working-class suburb of Chicago. A decade earlier, Dotson had been wrongfully convicted of a rape that had not in fact occurred. The purported victim years after Dotson’s wrongful conviction revealed that she had fabricated the allegation of rape because of her fear that she had become pregnant by her boyfriend. The purported victim later revealed that she was riddled with guilt from putting an innocent man behind bars and that she had invented her story based on a novel that she had been reading. During Breen’s representation of Dotson, the Chicago Tribune called Breen a “young warhorse” as he battled the prosecutors and then-Governor Jim Thompson. Dotson was ultimately exonerated in the very first case in Illinois where DNA was used to help free the innocent, and the second case in the nation to do so.

Several years later, Northwestern University Law School Professor Lawrence Marshall, one of the founders of Northwestern’s Center on Wrongful Convictions, assembled a team of attorneys in the pro bono representation of Rolando Cruz. Cruz had twice been convicted and sentenced to death for the rape and murder of 10-year-old Jeanine Nicarico in Naperville.

Following Professor Marshall’s reversal of Cruz’s second conviction in the Illinois Supreme Court, he sought a lead trial counsel and called upon Tom Breen. Marshall said others recommended that he add Breen to the Cruz legal team “not only as a trial lawyer, but as a person with a deep spiritual dimension who would connect with the client and the cause in a meaningful way.”

Along with the rest of the Cruz defense team, Breen mounted a tireless defense investigation and trial preparation on Cruz’s behalf.
On November 3, 1995, Rolando Cruz was acquitted of a rape and murder he had previously been convicted and sentenced to death for twice. Following his acquittal, Cruz received a Governor’s pardon and filed a civil rights wrongful conviction case against DuPage County. Cruz and his two co-defendants, Alejandro Hernandez and Stephen Buckley, later settled the wrongful conviction case for $3.5M.

During Breen’s time working on Rolando Cruz’s case, Professor Marshall asked Breen whether he had any doubts about any of the cases he had prosecuted while he was an Assistant State’s Attorney. Breen told Marshall that there was one case he would feel better about if DNA testing was performed. The eventual DNA testing in the case led to a forensic discovery that ultimately helped to exonerate two innocent men, Michael Evans and Paul Terry, who had spent a combined 54 years in prison.

An editorial in the Chicago Tribune, entitled “Tom Breen’s noble admission,” celebrated Breen’s courage in standing up to confront an injustice that had happened on his watch. The Tribune referred to Breen’s initiation of a new investigation into the Evans and Terry case, which was taken up by the Center on Wrongful Convictions, as “an act of profound self-reflection and courage.” In voicing his misgivings about the guilt of Evans and Terry, Breen said that the Cook County State’s Attorney in his day [Bernie Carey] made a point of encouraging the pursuit of justice, rather than the pursuit of convictions above all.

Breen remains a legend in the courtroom for his uncanny ability to connect with a jury and draw the facts out of a case. Prominent Chicago criminal defense attorney Ed Genson, who has handled several trials alongside Breen, including the highly publicized acquittal of Bruno Mancari in his 2003 murder trial, has noted Breen’s phenomenal ability to give powerful closing arguments.

“I would be a happier man if he would give all my closings,” says Genson. Breen appears as comfortable with jurors as if they were family members. Genson explains that “people don’t view him as a lawyer…they view him as a friend.”

“He’s a guy of much integrity and as a result prosecutors and judges place a lot of faith in him,” says DeVito. “If he tells you something, you can be sure it’s accurate and trustworthy.”

Over the years, people from every walk of life have retained Tom Breen to protect their reputations, their liberty, and even their lives. Judges, attorneys, chiefs of police, politicians, and corporations have asked for his help. He has done so with success and, in many cases, with anonymity. There is a long list of people who have kept their reputations in tact by having avoided criminal charges. A public allegation, even if it results in an acquittal, does great harm to the individual and to his or her family. Those successes should remain confidential.

Breen was inducted into the American College of Trial Lawyers in 1993 and has been listed in The Best Lawyers in America for over 20 years. In 1996, he received the American Bar Association’s Pro Bono Publico Award, Northwestern University Law School’s Champion of Justice Award, the Mexican American Legal Defense and Education Fund’s Public Service Award, and the Public Interest Law Initiative’s Citation for Distinguished Public Service, for his successful representation of death row exoneree Rolando Cruz.

Since 2005, Tom Breen has served by appointment of the Governor as Chairman of the Office of the State Appellate Defender. Breen has also served by appointment of the Illinois Supreme Court on the Supreme Court’s Committee on Pattern Jury Instructions and the Supreme Court’s Capital Litigation Committee. On three occasions, Tom has been appointed as a Special Prosecutor outside of Cook County to handle complex civil and criminal matters.

Most recently, in 2012, the Illinois Association of Criminal Defense Lawyers bestowed their Lifetime Achievement Award on Breen for his remarkable work as a defense attorney over the last three decades.

Admitted to practice in the following courts

“He’s a guy of much integrity and as a result prosecutors and judges place a lot of faith in him,” says DeVito. “If he tells you something, you can be sure it’s accurate and trustworthy.”